Cypress Hill and Rusko to Perform Together in First Major Collaborative Appearance;

Why Are Common and Fat Joe Filming Videos In Haiti?

What’s up with this?

On the one hand, it’s major that rappers are keeping the name of the island nation alive.  Most of the news cameras are long gone while most Americans still couldn’t locate it on a map.  More than two years after the horrific earthquake silenced over 300,000 lives, the devastation still speaks volumes.  Do these artists donate their time and resources to help the millions in need?   END_OF_DOCUMENT_TOKEN_TO_BE_REPLACED

Growing up as a teenager in the 90’s was a blessing for me. Many considered this era the golden age of hip hop where album after album would just be released and they were 95% dope. But what really made it special was the Stretch Armstrong and Bobbito show on WKCR 89.9. Thursdays from 1am – 5am was the time slot and i remember hitting record on the tape deck and trying to stay awake and blasting the recording into my Sony Walkman the next day at school. This show was special to me and many other kids in the NYC area. The Source named their show the best radio show of all time back in 1998 and it still is today.

After releasing the highly slept on Riches, Royalty and Respect last year, a new LP released earlier this month with Necro and a future collabo with Alchemist, G Rap has been one of those vets who seem to never quit. Here we are treated by a track produced by the legendary Marley Marl. Let us know what you think?

Skateboard legend Tony Hawk caught up with Tyler and some members of the Wolf Gang during this year’s The Big Day Out skate tour.  Notice the shocked expression on Tony’s face?  That’s partially due to him understandably being uncomfortable with having to remain professional on camera while Tyler nonchalantly throws the word “nigga” around.  The more things change the more they stay the same. 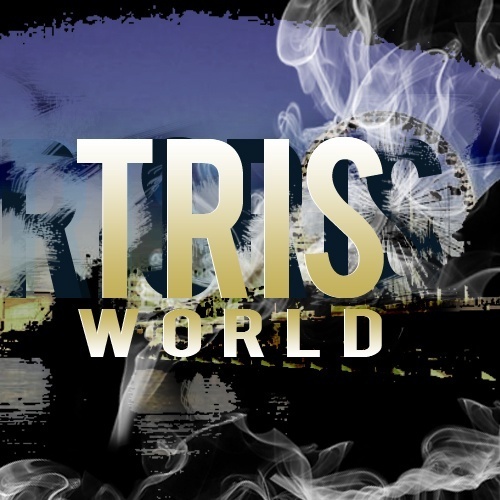 Straight out of Chi-town, Tris J has been around the music mix for a hot minute.  Less than a year ago, he decided to grab the mic and give rhyming a shot.  After hooking up with life-long friend Sir Michael Rocks he’s been flowing ever since.   Three months in the studio became 9 tracks and a new mixtape titled Tris World.  Brand new to the spotlight and slowly getting in the pocket with his flow, the future looks promising for this young up and comer.  While putting his roots together with TPC [ToothPick Clique], “Too Short Back”, a tribute to the Oakland, CA rap vet, was made and from there they knew they had something going.  Tris World has been creating a buzz of late so we kicked it over the wireless with Tris to see what else he’s got in store.

Words by Will Loiseau

Is there anybody in particular that you saw perform or heard that made you want to start rhyming?

Actually, it was just from hanging around Mikey and his rapper friends who were doing big things.  Curren$y, Dom [Kennedy], Asher [Roth], Mac Miller, etc.  We’d run into these guys all the time.  I was in that environment already.  I started to pick up on what they were doing.  I’ve seen all of them perform for years and was a fan.  I got to meet them at their raw state so that definitely inspired me to get to where I am now.

What’s on tap for the future?

I got a bunch of shows coming up.  I’ll be on the next Mac Miller [Macadelic] tour.  After that, I’ll keep hitting the road and making more music.  Other than that you can look out for the Toothpick Clique clothing line.  That’s some fresh shit that we put together.  Me and the fellas was wearing it so we said to ourselves that we might be able to go somewhere with it.  We just got it up and running.  People can check that out at http://www.toothpickclique.com.  We’ve got a basic catalog of sweats, some tees and our logos on some other things.   END_OF_DOCUMENT_TOKEN_TO_BE_REPLACED 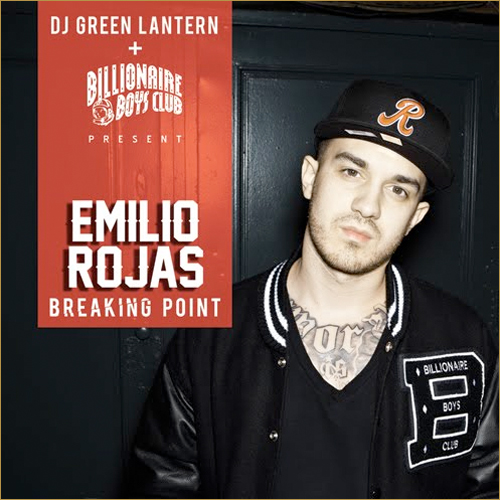 Emilio teams up with Billionaire Boys Club for his long awaited project.  This latest offering features production from DJ Green Lantern, J.U.S.T.I.C.E. League and more.   If you missed his exclusive interview with RD mag CLICK here:  http://issuu.com/producersedge/docs/rappers_delite_issue_02  Get the link and tracklist of the new mixtape below. END_OF_DOCUMENT_TOKEN_TO_BE_REPLACED 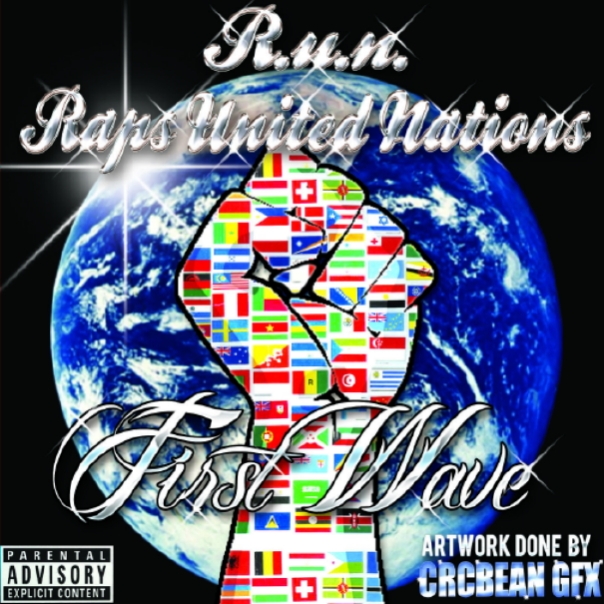 We recently got to chop it up over the jack with one half of the world famous M.O.P.  The Brownsville, Brooklyn native is in the thick of a fight to keep authentic Hip Hop alive and well into the future.  From the frustrations of having the odds stacked against him success was crafted.  He breaks down everything from his new business venture, the gift of being able to touch audiences with his life experiences and the lost art of dancing and having fun.  All the yelling, fussing and cussing you’ve heard over the years in the music actually had a major purpose.  Follow as we R.U.N. with Billy Danze.

– Words by Will Loiseau

With all the trials and tribulations that you’ve gone through with the labels what lesson stands out and how do you think you can help the young artists to avoid those pitfalls?

Billy: Everything that we’ve been through, it’s all been a learning experience.  Whether it was something that we had gone through ourselves or another artist.  We’ve been down for 20 years now so I’ve seen a lot.  I’ve been with the biggest labels.  I’ve been with the smallest labels and everything in between.  What I’m doing now for the young artists is basically trying to give them a platform.  When you do deals with companies the company always makes sure that they’re okay.  They don’t really care about the artist.  The artists are now like cattle.  They just move them from one spot to another.  The labels get what they need.  They’ll hustle the artist out of their publishing, make them work harder and tell them the story that if they work harder it’s better for them even though the label benefits.  They try to make it seem as if the artists really need the labels.  In reality, the labels need the artists.  Try to imagine a world with no music?  If we all decided to stop making music and we stopped the DJs from playing our songs, what the hell is gonna happen?  The world would go crazy! The dopest and the wackest artists on the planet can stand on the same platform with or without a label.   END_OF_DOCUMENT_TOKEN_TO_BE_REPLACED

Joe Budden – “No Church In The Wild” 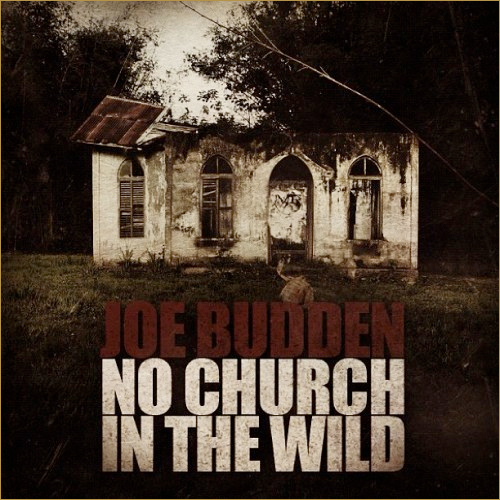 You’ll probably have to rewind this a few times to let some of these verses soak in.  Nice. 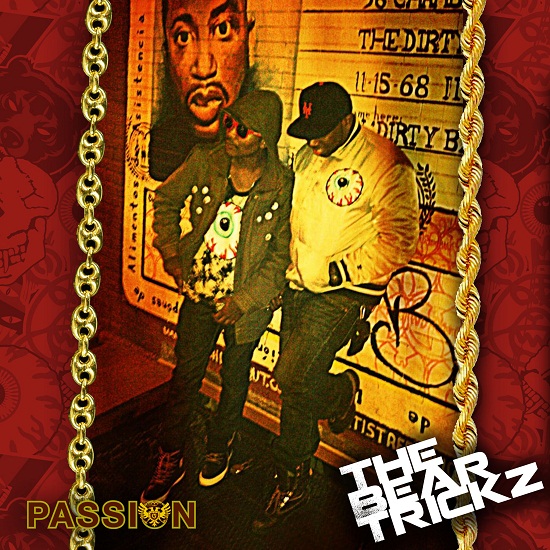 eXquire and Glo deliver smooth flows over this 90’s era underground sounding track.  Tell us how you fell about this one.